Emma O’Brien is not only an award-winning portrait photographer she also helps at various local shelters in her hometown of Johannesburg, taking pictures of their dogs. One of the most extraordinary rescue dogs she has met is Maggie, who also features in her book Mutts. Emma tells Maggie’s story

Maggie is a one-in-a-million dog. She is a real-life example of the amazing ability dogs have to forgive and share their love with the world regardless of what the world has thrown at them. Maggie was rescued by the amazing CLAW (Community Led Animal Welfare) team who provide veterinary care for animals living in impoverished areas near Soweto, Johannesburg.

On 23 May 2016, Maggie was found lying in a ditch near Soweto. She was emaciated and missing most of her right front leg, what was left of it was full of maggots (hence her name). To add insult to injury, her jaw had been broken and left to heal without veterinary attention and she was minus most of her teeth. It looked like she’d been used as a bait dog by a dogfighting ring and then discarded like trash, left to die by her abusers. The outreach team from dog rescue charity CLAW found her, collected her and took her back to the clinic with the intention of putting her to sleep to end her suffering.

Despite the terrible state she was in and the pain she must have been enduring, Maggie had other ideas about her future. As the team put her on the examination table to relieve her pain, she gently licked the vet’s hand. That small, but very significant gesture saved Maggie’s life and her story was soon being shared online to raise funds for her rehabilitation and find her a loving home.

One month, one leg amputation and a plethora of good meals later, Maggie went home with her new parents Karen and Graeme to start a new life. Maggie is the third CLAW dog they’ve adopted and she soon settled in with her big brothers, Yogi and Britain. The trio gets along like a house on fire, although Karen tells me that sometimes Yogi gets a bit left out by the brindle twins who love to hang out together, especially on the bed.

From certain angles, Maggie’s old jaw injury makes her look crocodilian, however this visual oddity doesn’t preclude Maggie from playing ball or exploring the world with her mouth (she tried to give my camera a toothy once over, so I can vouch for this) and she’s since earned the nickname of ‘Land Shark’. I also marvelled at the length of her tongue when I shot these photos. I can honestly say that in my extensive career photographing dogs, I’ve ever seen one smack themselves in the eye with their own tongue before. Yet another reason to love this fabulous dog.

Maggie’s missing front leg does require some physio to keep her muscles strong, so along with her park runs and ball games, she regularly swims laps in the pool to keep her fitness up, assisted by her dad. That is if he can get her out of bed or off the sofa.

You’d be forgiven for thinking that Maggie’s appalling experience with the previous humans she encountered would have left her scarred for life and plagued by issues, miraculously this is not so. Marvellous Maggie loves meeting new people, is great with other dogs and even loves cats. She can often be found on the dining room table with the cat of the house, and when a Johannesburg thunderstorm rains down its fury, you’ll find her sitting next to the cat to make sure she’s ok.

Maggie is a rescue dog ambassador for CLAW, spreading the word about the brilliance of shelter dogs as well as educating people about the horrific ‘sport’ that is illegal dogfighting. She featured in my book, Mutts, and her life continues to be a testimony to how lucky we are as humans to be able to share our lives with second-chance dogs. I hope Maggie inspires would-be shelter dog parents to take a chance on adopting, just because a dog has a torrid past, it doesn’t mean their future can’t be bright. 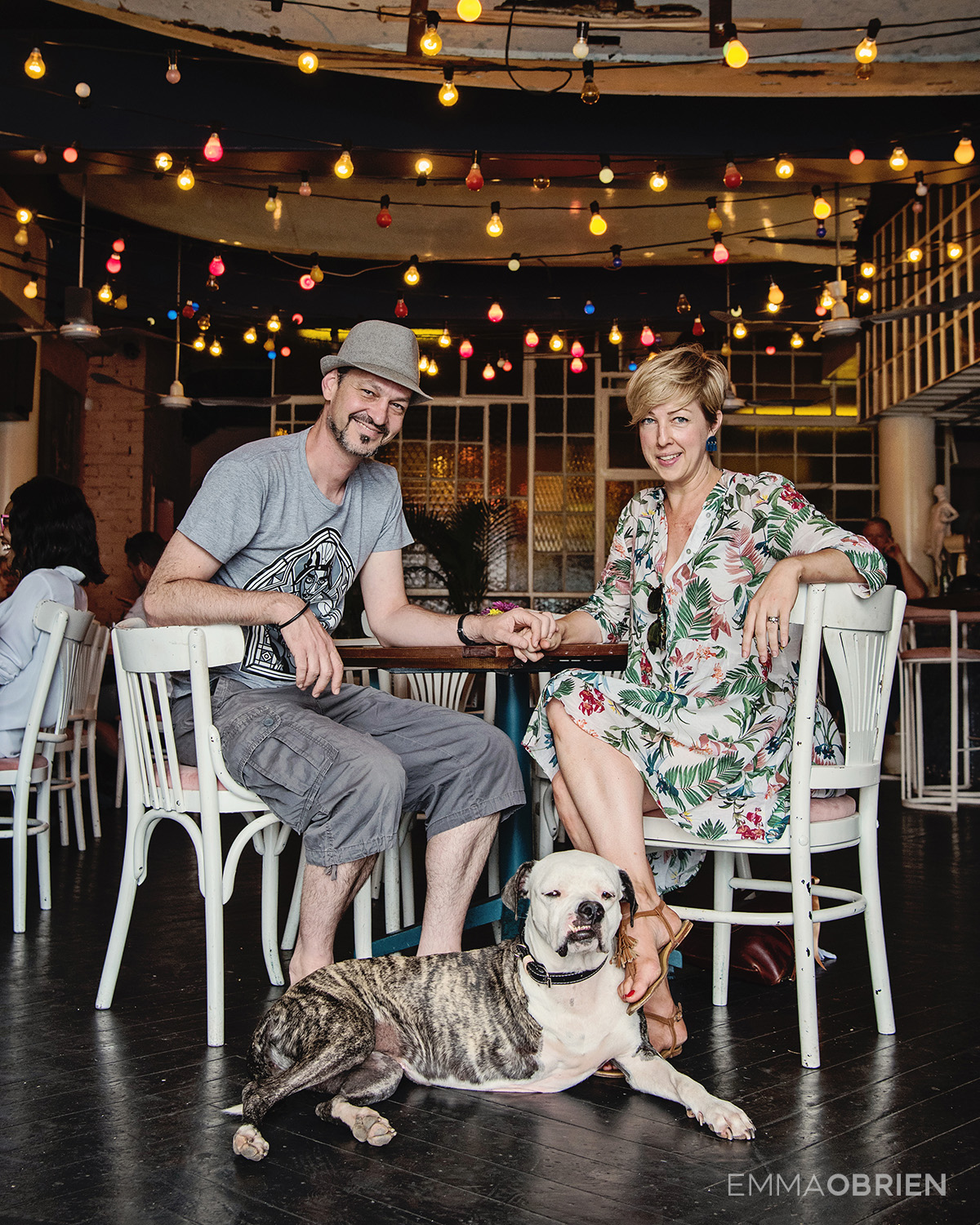 Find out more about CLAW here.