Our literary editor Hephzibah Anderson’s latest pick of the best new books for dog-lovers packs in science, philosophy and poetry, which just goes to show that having a four-legged friend in your life really does make you smarter.

Not as smart as dogs themselves mind, because even if Maltese terrier Monty still has stuff to learn about Schopenhauer, Shira the 13-year-old white Labrador knows all there is to know about ageing gracefully, Xephos the shelter pup can teach the professor of animal psychology who took her in a thing or two about love, and your own favourite pooch understands exactly how to parse a wagging tail. Curl up on the couch with your pooch and your new favourite books. 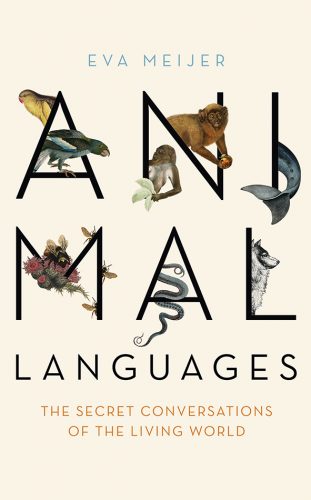 Do you talk to your dog? Of course you do, and I’ll bet your dog listens – well, some of the time. Among the portraits that fill this life-enhancing book are honeybees that dance to explain things to each other, humpback whales whose 20-hour songs are formed of sentences, and an elephant that speaks in human language, but its author, Eva Meijer, has a special fondness for dogs. Along with Chaser, the border collie who learnt the names of 1,022 toys, she describes how dogs are adept at interpreting other dogs’ growls. They understand, too, that a wagging tail isn’t just a wagging tail: when it wags to the right, it means the dog is happy; wagging to the left, it’s feeling insecure or scared. Meijer also writes of a stray named Merle. After the man who gave him a home found ways of giving Merle more freedom, he grew better at communicating with not just other dogs but with humans, too. As Meijer reminds us, “All sorts of connections are possible – the likelihood of a shared language is not dictated by fur or a tail”. 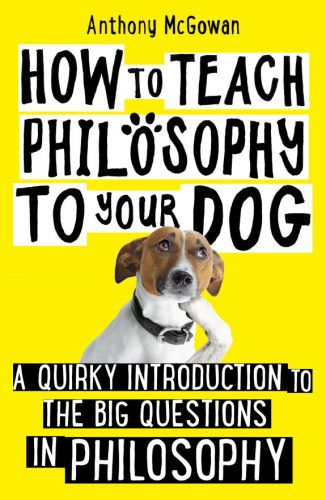 2. How to Teach Philosophy to Your Dog: A Quirky Introduction to the Big Questions in Philosophy by Anthony McGowan (Oneworld)

Philosophy, insists author Anthony McGowan, is “less of a purebred Afghan and more of a labradoodle”. With this in mind, he reaches back to his PhD studies and draws on the greats in an attempt to teach his scruffy Maltese terrier, Monty, the difference between “good dog” and “bad dog”. Soon, they’re deep into debates about whether Kant, for instance, can stop Monty snaffling that slice of cheesecake. When Monty has a health wobble, life’s Big Questions are all up for debate. It’s a delightfully approachable primer to Western philosophy but McGowan’s shaggy sidekick, who looks like “a failed cloud that has fallen to earth and rolled around in the muck for a while”, is a show-stealer. He might not be the sharpest mutt in the dog run (before starring in this book, his greatest triumph had been winning Best Boy Dog at the local dog show – a rabbit came second, a teddy bear third), yet with his ready tail-wagging and repertoire of expressive shrugs, he has a knack of putting his paw on the heart of a problem. 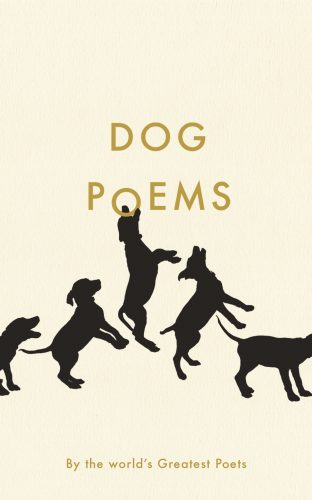 Dogs, as everyone knows, are among life’s givers, and to the poets they give something extra special: inspiration. Emily Dickinson, Pablo Neruda and Lord Byron are just some of the many who’ve made muses of dogs, and this pocket-sized litter also features William Cowper’s spaniel (“prettiest of his race”), beagles coming “helter-skelter across the ploughlands” to surprise a bicycling Paul Muldoon, and an “obstinate old nervous breakdown” of a pug that Steve Smith’s heart goes out to. You’ll find dogs as oracles and guardians, singers and geometers; there are unruly dogs and nippy dogs and dogs that “just feel everything full blast”, as John Brehm writes. Meanwhile, Mary Oliver, in her poem ‘Every Dog’s Story’, captures something at once species-specific and keenly universal. Sure, the poem’s pup has a bed of his own and yes, it’s just his size, but sometimes, when “dreams are dark and wild and creepy”, he can’t help climbing onto his mistress’s bed, where her moonlit face reassures him that morning will soon come. “Everybody needs a safe place”, it concludes. 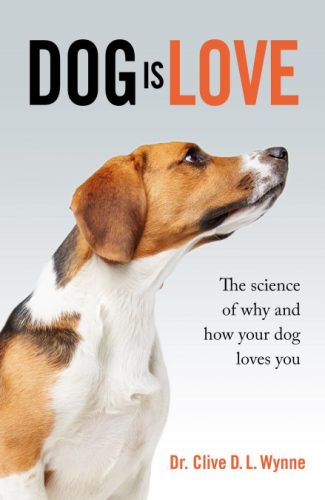 4. Dog is Love: The Science of Why and How Your Dog Loves You by Clive Wynne (Quercus)

Clive Wynne is not only a professor of animal psychology, he’s also an ardent cynophile. Nevertheless, when he became interested in the relationship between animals and people it took him a while to realise that it was dogs he needed to study. The clue was right there in his bond with his childhood pet, Benji, a black and tan shelter mutt, not to mention 15,000 years of shared canine-human history. Dogs, as Wynne notes, can sniff out illness and illegal substances, console the traumatised and help people cross streets. But what is it that makes them so special? Though his dog-lover self always knew, the scientist in him mistrusted the answer, thinking it “soppy”: it’s their ability to love across species. Along with Wynne’s own research, recent revolutions in canine science now have him convinced that acknowledging dogs’ loving nature is vital not only to understanding our best friends better, but also to caring for them in the way they deserve. There’s a special shout-out for the Wynne family’s current shelter pup, the adorable Xephos. 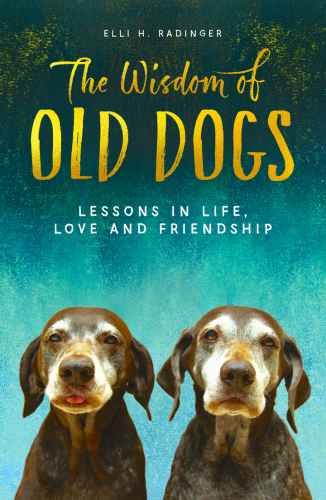 German author Elli Radinger’s candid reflections on life with her “golden girl” Shira, a 13-year-old white Labrador, will comfort and enlighten anyone whose own canine companion is getting on in years. As she says, old dogs show us that they are not just our dogs, we’re also their humans. Shira’s seniority crept up on Radinger. It seemed like just yesterday that she was a “wriggly fur ball” who’d yet to grow into her paws. Then one day, instead of running after a squirrel she merely followed it with a wistful gaze, and Radinger noticed that her muzzle was framed by grey whiskers. Radinger is herself in her 60s, and though she refuses the label “old” – she’s the kind of woman who celebrated reaching the menopause with a “Red Hot Mamas” party – she and Shira have plenty in common. They both need physiotherapists, they both find the new bathroom with its walk-in shower much easier, and they both really like the look of that new orthopaedic dog bed. You won’t find a more heartening celebration of what it’s like to help a dog through their final years.