It’s not the season of love for all creatures: before Christmas, rescue kennels fill up. Wunderdog asked for toy donations and took a little festive spirit to the kennels of All Dogs Matter. We invited the dogs to choose their favourite toys, courtesy of Fetch and private donations, for another “Adopt and Shop” feature. While the toys are a wonderful distraction, what the dogs most want is a new forever home 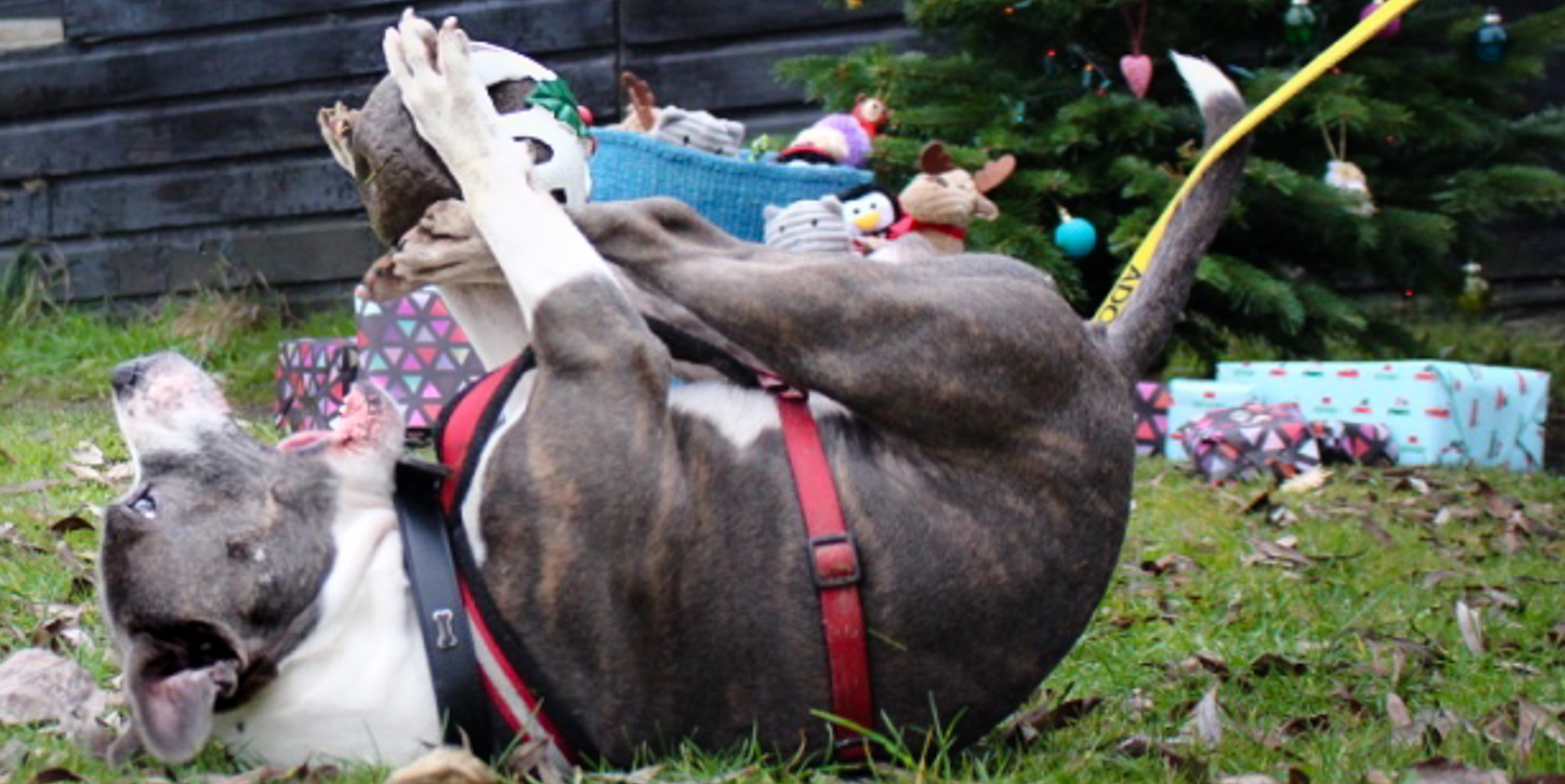 Whoever abandoned this wonderful dog deserves a special place in hell. Blue is a sweet and cuddly boy, who evidently loves to play. The four-year-old Staffie cross can live with children older than 10, and at least would love a foster home. December is Staffie Month at All Dogs Matter, so you can adopt Blue for £100, subject to home checks and approval. Click here for his profile. He chose the squeaky latex Christmas pudding from Fetch (£4.99). 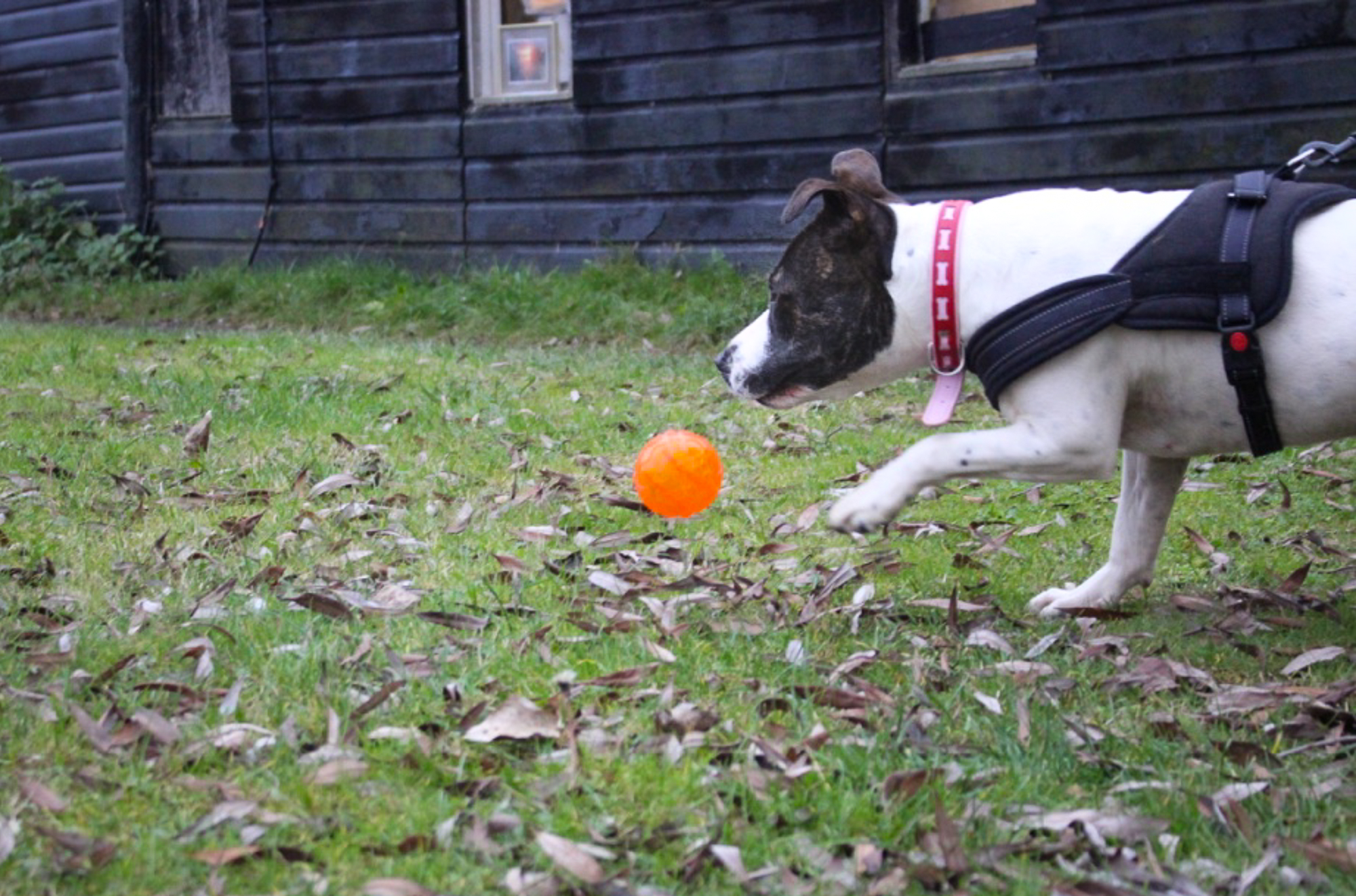 Belle was initially too cool for this, but she couldn’t resist this ball donated by Wunderdog Pippa. Proving that Staffies are just as fun as any other breed, Belle could possibly live with a calm, older dog and children. This two-year-old girl was found abandoned in a park, and she would at least like a foster home, although ideally a forever home. Click here for her profile. 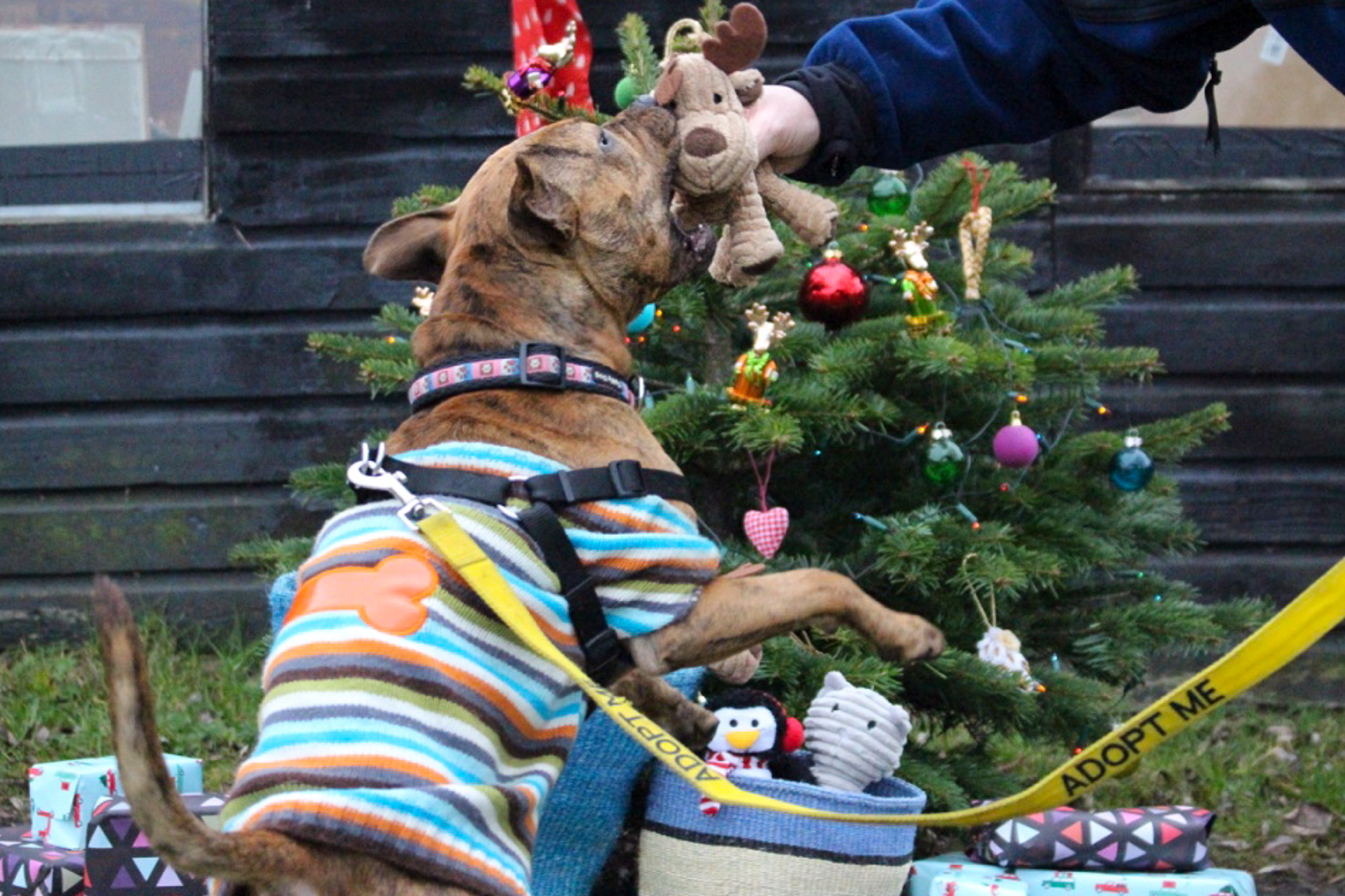 This wonderful young lady has her whole life in front of her, being only about a year old. She was recently spayed and is well behaved. Gigi is staying with kennels manager Sonia and her Staffie Teddy, proving that she can live with another dog and knows how to behave in a home. She is cuddly and bright – click here for her full profile. Gigi is getting the squeaky reindeer from a selection at Fetch. 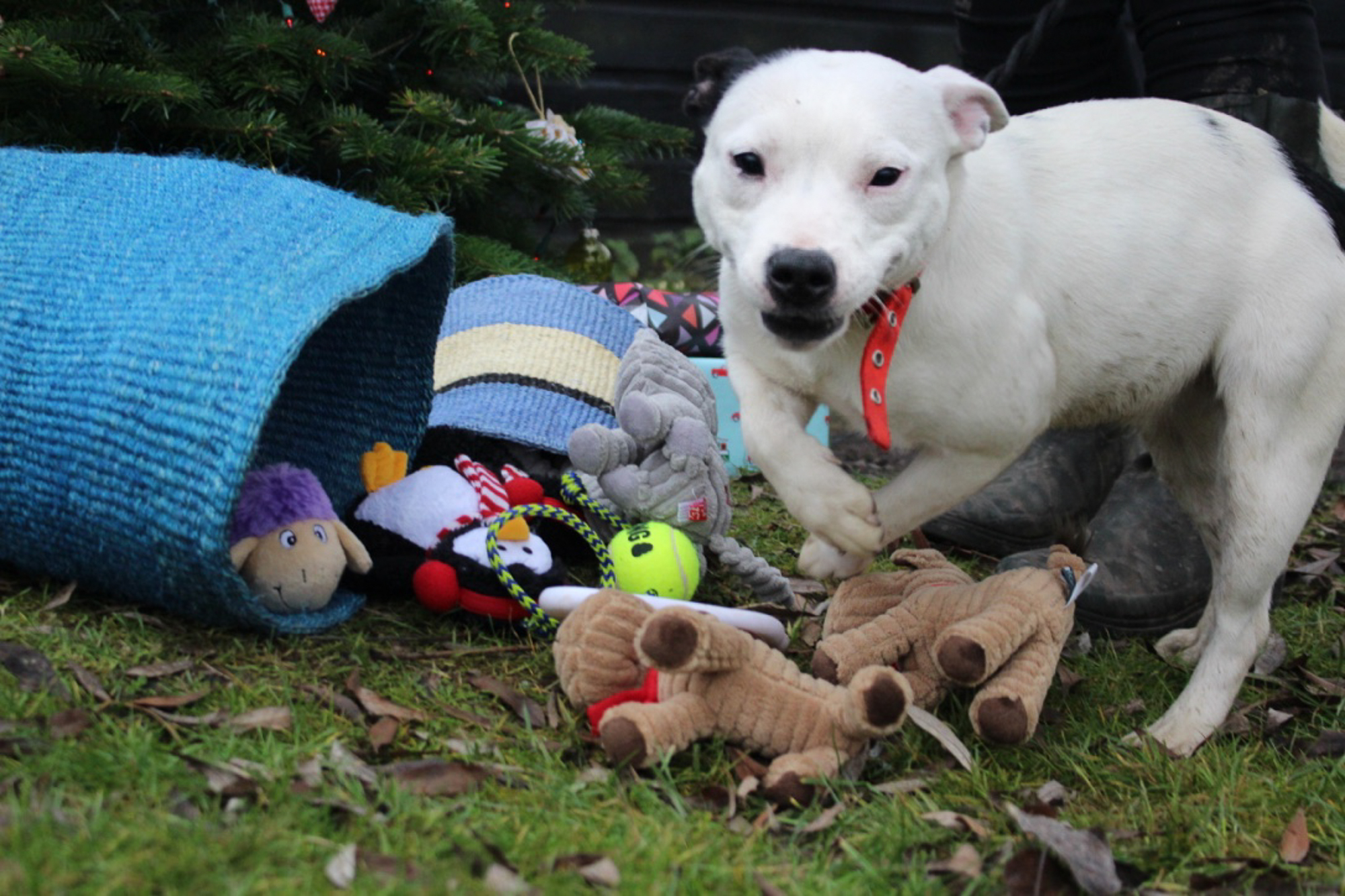 The smallest and cheekiest of our models, Ivy is a Staffie-Jack Russell mix who knows her way around a toy basket. When invited to pick her toy, she chose a squeaky cat and was clearly very happy with it (from a selection at Fetch). Ivy is around one year old and was abandoned. She can live with older children. 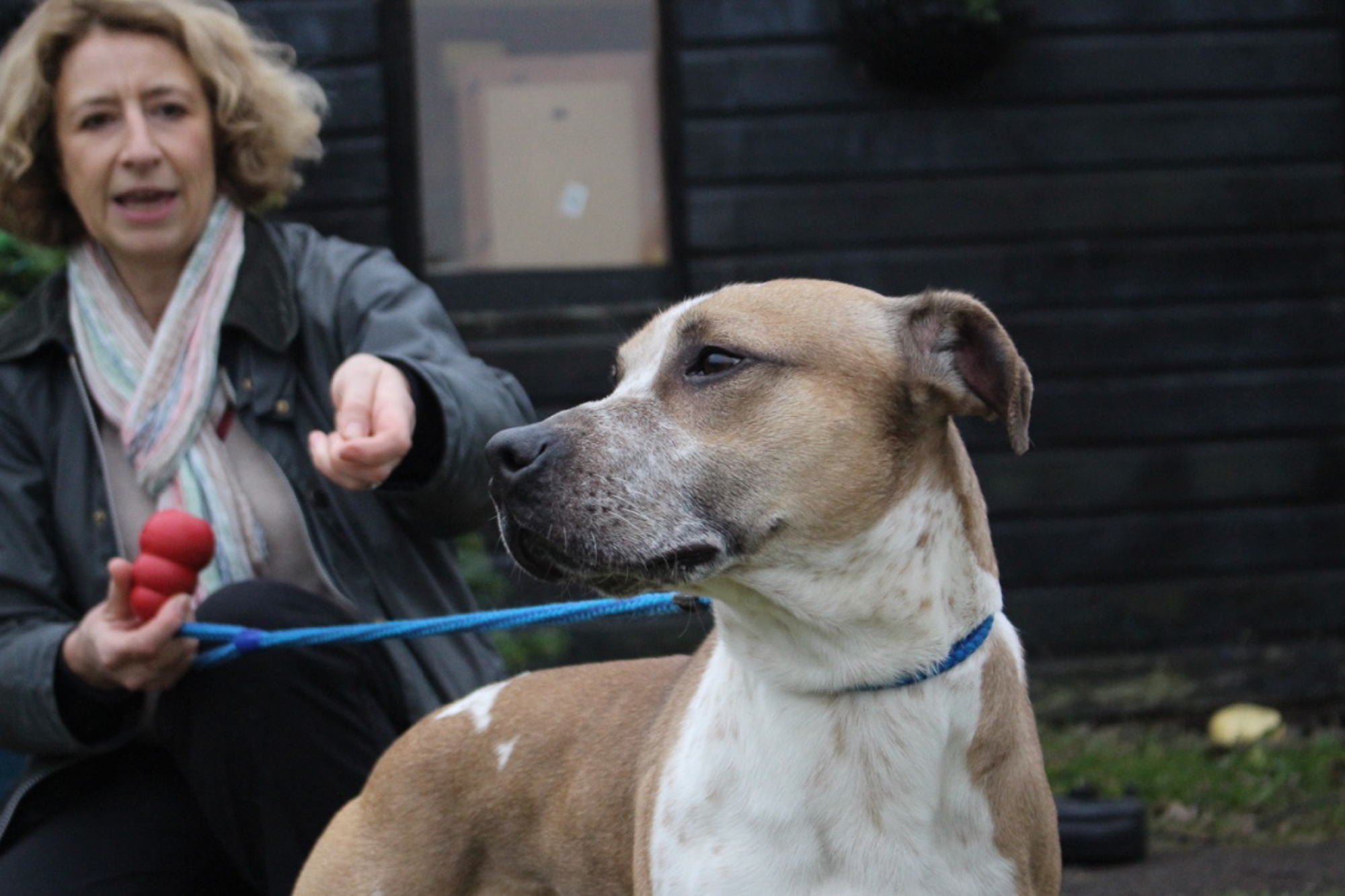 Not even treats could get this young man’s mind off the walkies path. Even though Trevor knows all the basics and has been good with other dogs in the kennels, this two-year-old Staffie cross was found abandoned. He would really like to have at least a foster home, and like the other dogs on this page is part of All Dogs Matter’s Staffie month. Click here for his profile. 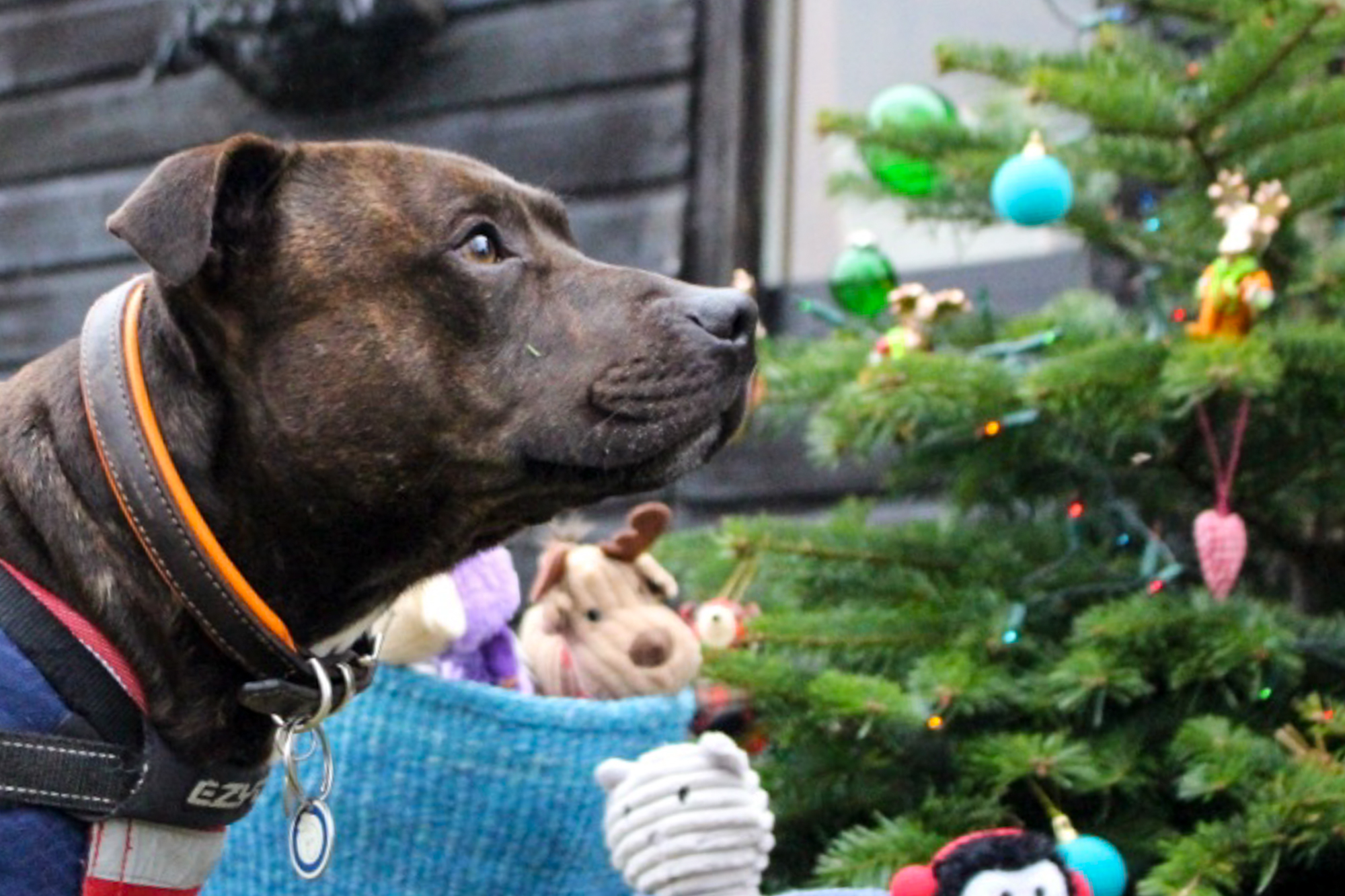 No, this boy is not looking for a home – he has already won the doggy jackpot. Teddy belongs to Sonia, who works at the Waltham Abbey kennels. This Staffie was rescued from Battersea Dogs & Cats Home and featured in its #whoneedswho campaign. He has also met her Majesty the Queen and is an ambassadog for his oft-misunderstood breed. Teddy is also helping to foster Gigi (see above).